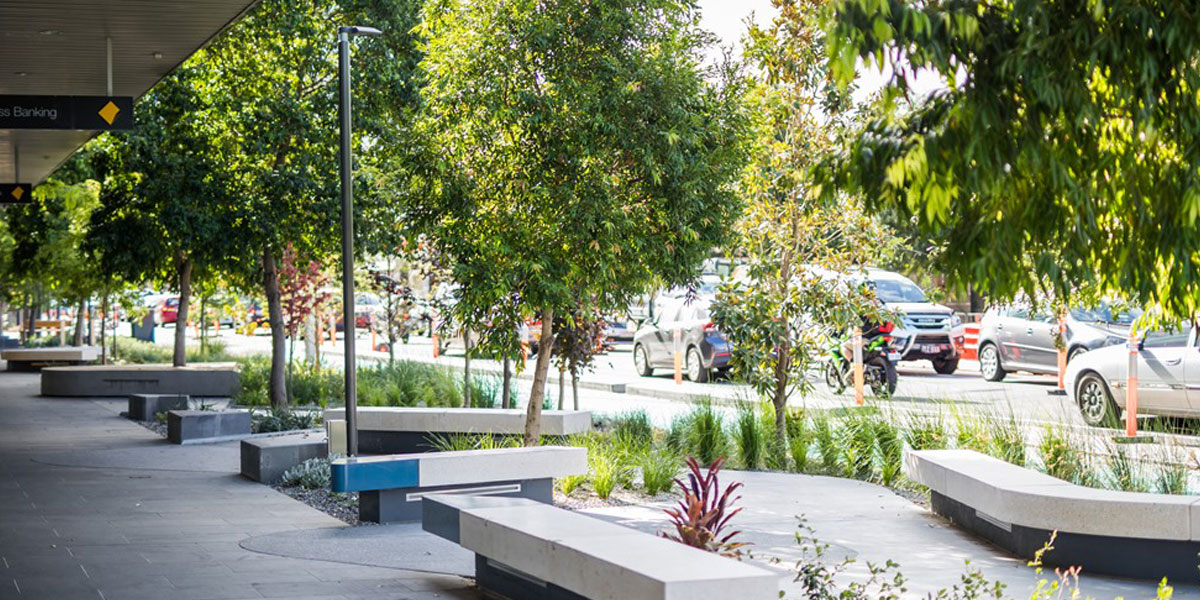 ETT’s tree projects are found at prestigious locations across Australia, one been at Geelong’s Malop Street – which when unveiled two years ago was hailed as a game-changer with the idea of it even being a “biophiolic design” concept.

ETT’s contribution to the Malop Street project was delivering trees that added to the green spaces within the heart of the Geelong city and helped to transform it into an attractive and inviting place – a City in a Park.

The project’s vision was for the street to be a ‘Botanic Walk’, consisting of a continuous canopy of trees and a series of different alfresco, seating and gathering spaces along the length of Malop Street, linked by a network of paths.

So impressive was the final project it was labelled a perfect example of a “Green Spine” concept that connected Geelong’s inner-city streets into a linear park with a safe, accessible, cycle-friendly Botanic Walk.

And, the project was a winner in the Civic Landscape category of the 2019 Australian Institute of Landscape Architecture National Awards.