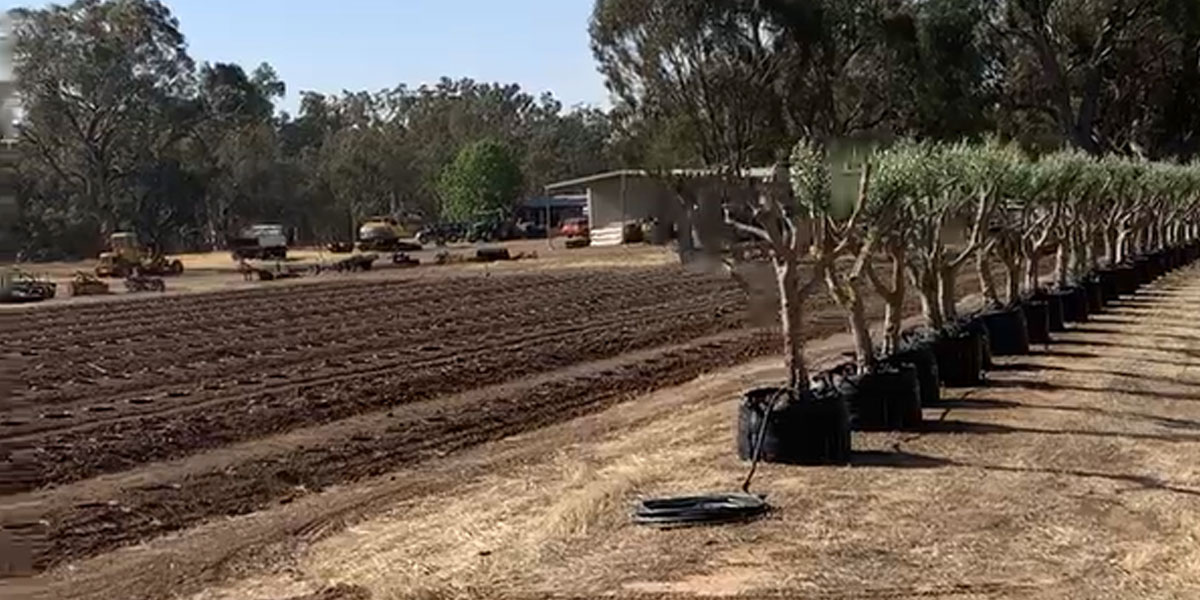 Established Tree Transplanters will have more than 1000 Pot-in-Pot trees ready this July at their Echuca nursery in north-east Victoria.’

Already local councils in the region have expressed interest at been able to source Pot-in-Pot trees which offer a faster turn-around time then field grown trees.

“Pot-in-Pot is one of the best methods of growing healthier plants with exceptional growing success in a more sustainable way but most importantly using Established Tree Transplanters’ (ETT) method – it creates a stronger tree calliper,” Matt Davis from ETT explained.

But, ETT has one of the only Pot-in-Pot systems in Australia where the trees are not grown on a trellis.

Matt explains that “… because the pot is placed in a socket in the ground, the environment the plant grows in is much easier to control.

“And, the plant cost for the customer is less than the traditional Pot-in-Pot production technique.”

Plants also grow faster with Pot-in-Pot production and can be supplied in 40cm – or 27 litres pots.

The Echuca Nursery is situated in the Goulburn Valley, along the banks of the Murray River. The nursery is serviced by an excellent transport network, allowing easy transport of nursery stock across mainland Australia.

ETT’s Yarra Valley nursery has had an established planting of Pot-in-Pot trees for the past 18 months.

Matt explained that the aim of growing Pot-in-Pot trees similar to field grown trees is to increase the strength of the calliper.

“Pot-in-Pot is used for the production of calliper-sized shade trees, flowering trees, and large shrubs,” he said.

The major advantages of Pot-in-Pot production compared to standard above-ground container production include: